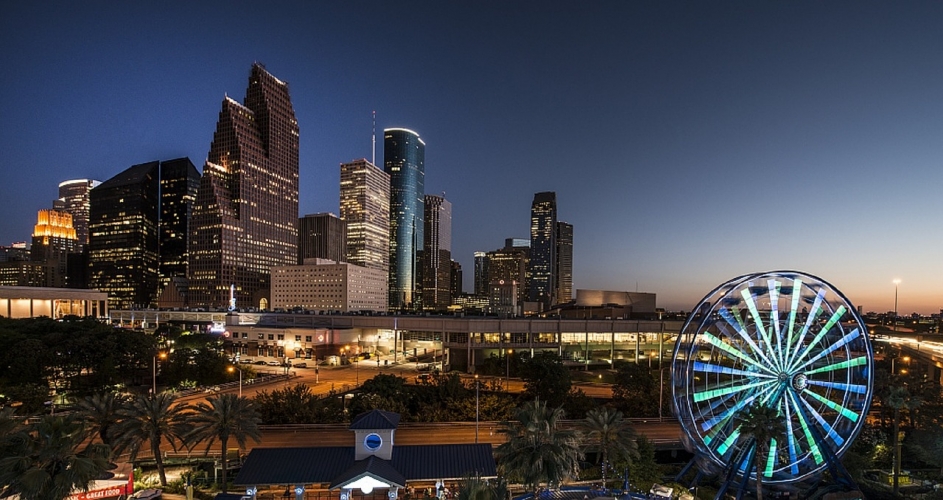 Apart from stunning Houston high rises, downtown offers a vast array of architectural designs for even novice building lovers to appreciate. Randall Davis always considers the Houston skyline when designing any property, but he did so especially with the Marlowe downtown condos. With such a unique concept for the property, Randall wanted this luxury loft space to fit amongst the current Houston buildings, but also make a statement. Until his pinstripe masterpiece is completed, Randall began to consider the many singular structures Houston offers in its downtown neighborhoods.

A History of Making History

Many of Houston’s downtown buildings are world renowned with seven of them being in the top 100 of the tallest buildings in the US. Two stand above the rest as being two of the tallest buildings in the world: the JP Morgan Chase Tower and the Wells Fargo Bank Plaza. Despite the closing of the rooftop viewing area, Chase Tower remains on Trip Advisor’s best buildings. The tower is not to be confused with Art Deco skyscraper known as the JP Morgan Chase Building. The Bank of America center also stands apart from other buildings built in the 70s and 80s. The staggered, home-like structure is a refreshing change from your standard skyscraper. CenterPoint Energy Plaza also contributes to downtown’s diversity with its famous circular canopy. Since there are so many notable buildings such as Heritage Plaza, Randall knew that the Marlowe luxury condos had to be perfect.

The older buildings in downtown Houston are hugely eye catching. For instance, the Esperson buildings (named for Mellie and Niels Esperson) are fantastic historical buildings every visitor or local should see. Rumors of one of the buildings being “haunted” exist, but are largely just rumors. One of the newest additions to Houston is the BG Group Place skyscraper featuring a sky garden and glass fins which reduce the building’s air-conditioning needs. While traipsing around downtown, you might also notice several other Randall Davis properties, too. Hotel Icon, the St. Germain, and the historic Rice Lofts all carry the trademark style and vision of Randall Davis. In the same way that the Marlowe high rise is contributing to downtown Houston, the Arabella luxury condos are contributing to uptown Houston. Keep an eye out for our next Houston architecture feature: uptown Houston and the city’s second skyline.

Many historical names can be found on buildings throughout Houston: Rice, Allen, Moody, and Cullen are just a few of the names you’ll find all over downtown Houston. To further expand your knowledge (and get some great pictures), take this upcoming tour. February 25th and March 30th are the only dates, so if you want to explore downtown Houston’s architecture, be decisive. Not only will you find out all about Houston’s architecture, but you’ll also learn more about the foliage of the area. Pro-tip: pre-sales have started for the Marlowe. Become a part of Houston design history and take control of your financial future simultaneously!