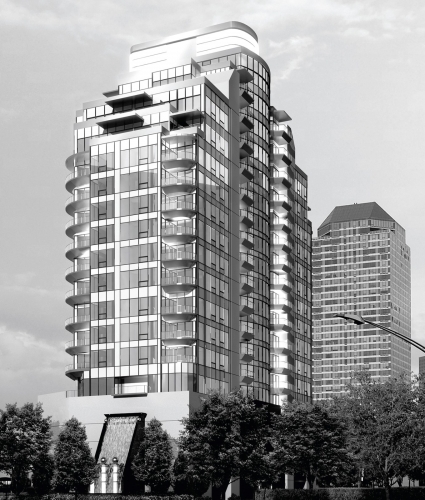 The world has entered another new year and bids so long to the mixed bag that was 2016. Though the American economy is still unsettled, the city of Houston is seeing one of its classic “recession proof” moments. That’s exactly what the Randall Report for January covers: Houston high-rise investment. Real estate investment isn’t for everyone, but it’s probably for you. Fans of the design work of Randall Davis are always savvy, sophisticated, and informed investors. The biggest question you have to ask yourself isn’t “Where am I going to invest this year?” The question you need to ask yourself is: “When am I going to invest in a luxury condo in Houston in 2017?”

It’s Only a Matter of Time

Houston has consistently been one of America’s fastest growing cities for decades. We’ve also been listed as one of the top places to invest since 2014. But how is Houston doing in January of 2017? Despite the fact that the economic downturn of the rest of the country found parts of Houston, the city is slated to begin its rise to even higher economic destinations. Our job outlook is very optimistic and the oil and gas industry is in recovery right now. On top of these inspiring numbers, the medical industry continues to grow and bring international attention to our already diverse city. Whether you want to invest in an uptown or downtown condo, metropolitan Houston is constantly growing. Two of Randall’s latest developments, The Arabella in the Galleria area and The Marlowe in downtown Houston, are both taking pre-sales. Hint: you might want to move on these opportunities sooner rather than later. You can even find a step-by-step tutorial on the whole investment process.

Thanks to assistance from DC Partners’ president and CEO, Roberto Contreras, the design needle of Houston has gone further toward a Randall Davis future. The EB5 initiative ensured the construction of The Arabella and The Marlowe - two boutique towers of unique architecture and luxury condo living in Houston. These two towers represent much more than real estate investments. They represent the future of Houston: a diverse, upwardly mobile, and luxury city full of opportunities. As it says on the EB5 website: “Immigration through Investment.” This key strategy means that Houston is a haven for international people and locals alike.

As the Houston Business Journal already pointed out, Houston is not just “recovering” from the economic downturn of America; we are on our way to booming. The time to invest in Houston is now - not later. Similarly to the world of design, the economy of Houston is always changing. We are a city built on a system of natural ups and downs that always trend upward. We are consistent, as Fortune Builders says, and we are ready to host your luxury condo investments in 2017!