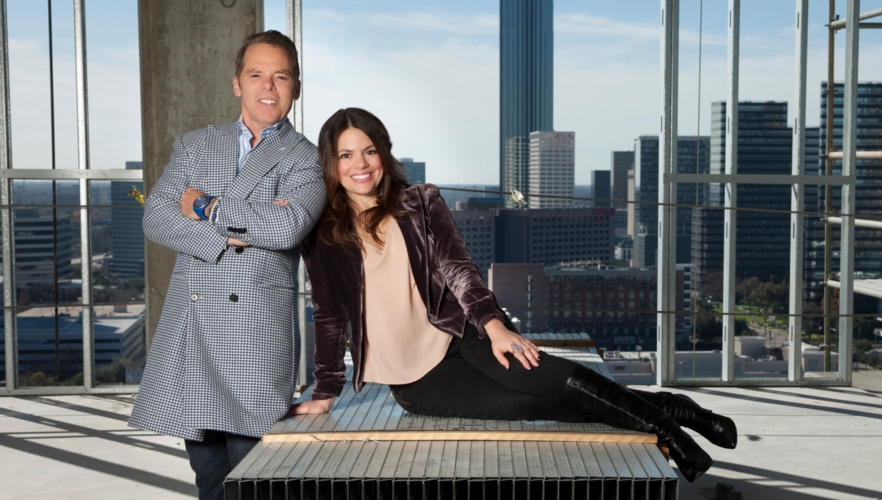 Welcome to the first installment of a monthly feature known as “The Randall Report”! Rather than give you a temperature of Houston design aesthetics and the market, let’s explore the mind and processes of Randall himself.

Most people know of a Randall Davis property, but don’t know much about Randall. While he has been shaping the Houston cityscape since the 90s, Randall has adapted his particular stylings in order to deliver cutting edge designs in the hi-rise condominium market. However, he originally started as a visionary when it came to redeveloping historic buildings. The Dakota Lofts were even dedicated to Randall’s father.

Drawing early inspiration from cities like Portland, he brought the “cool” factor to Houston and adopted the Houston mindset of “work smarter, not harder.” He then cultivated his small, trusted team and outsourced many responsibilities to other local companies in order to have a lean business model with boutique sales teams for each project he initiated. His decisiveness is what makes him a sharp business man, but it is his artistry that makes him a visionary.

Fun fact: there’s a hint of “glam” to everything Randall designs. This is seen most in his developing project near the River Oaks District known as The Arabella. He collaborated with Eric Clough who has designed numerous stores for noted women’s shoe authority Christian Louboutin. Randall also makes a point of collaborating with local artists and designers such as Laura Umansky, namesake of the Laura U Interior Design firm with a “classically current” perspective, and Navid Ghedami, artist in residence of the Mind Puddles Gallery in Houston.

With an eye beyond the current design horizon, Randall’s eccentricity informs his genius as he moves forward with projects such as Marlowe, The Arabella, and The Astoria. He’s also planning a third Chateau Ten property in the heart of West U with all of the special touches of the two previous properties in a mid-rise development. Stay tuned for more installments of “The Randall Report” where we examine the ever-changing Houston land and cityscapes, as well as reveal more peculiar facts about the man himself (like his utter love for dark chocolate covered pretzels).